Airbus is Teaching Planes to Land Themselves 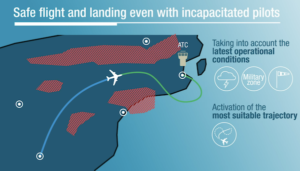 Most people are familiar with autopilot, the system that controls an airplane’s speed, altitude, and heading under the watch of trained pilots. For the most part, pilots are still in charge of takeoffs and landings, but what if elements of those crucial manual tasks could be automated as well?

Airbus has announced it is in the final testing phase of DragonFly, an autonomous technology designed for automated landing, taxiing, and diversions that uses computer vision, sensors, and guidance calculations derived from flight data. “DragonFly has now entered the final three months of its testing phase, which will put its flightpath capability, automated landing technology, and pilot assistance technology through its paces,” the company stated in a news release. The new technology is being tested by Airbus UpNext, a wholly-owned subsidiary of Airbus.

Taxi assistance features were tested in real-time conditions at Toulouse-Blagnac Airport, where the technology reacted to obstacles by giving audio alerts to the crew, assisted with speed control, and used an airport map to guide aircraft to designated runways.

“These tests are one of several steps in the methodical research of technologies to further enhance operations and improve safety,” said Isabelle Lacaze, head of DragonFly demonstrator at Airbus UpNext, in a release. “Inspired by biomimicry, the systems being tested have been designed to identify features in the landscape that enable an aircraft to ‘see’ and safely maneuver autonomously within its surroundings, in the same way that dragonflies are known to have the ability to recognize landmarks.” The French aircraft manufacturer says it was inspired by the 360-degree vision of dragonflies that allows the insects to recognize landmarks and define territorial boundaries.

A still from a promotional video for DragonFly explaining how the system works for diverted landings. (Source: Airbus)

Internet of Things (IoT) technology like sensors and CV are already in use in the highly regulated aviation industry. IoT applications and devices can assist with many aspects of flight safety and efficiency. For instance, in the area of aircraft maintenance, IoT sensors can provide real-time monitoring of aircraft systems and detect equipment problems before an incident occurs. If unforeseen weather conditions cause a need to change a flight path, predictive systems can help reroute the aircraft to safer skies. There are even sensors that collect data on cabin conditions like temperature, noise, and humidity levels for optimizing passenger comfort.

So far, DragonFly is being marketed for safety, as Airbus claims it is meant to de-risk emergency operations and assist pilots who may become incapacitated during flight or landing: “If the crew are unable to control the aircraft, the onboard function detects the issue and automatically selects the most suitable airport to redirect the aircraft towards,” Airbus said. External factors like flight zones, terrain, and weather are always changing, and the company asserts that DragonFly maintains a constant channel of communication between the aircraft and air traffic control, though it is not clear how that will occur without vocal interaction.

Despite this “for emergencies only” spin, it’s easy to see how this technology could advance toward eventually eliminating one or both pilots in a cockpit for reasons such as cost savings or staff shortages. Airbus says the current testing is aimed at evaluating the feasibility of further exploring autonomous flight systems in support of safer and more efficient operations.

A still from a promotional video for DragonFly showing a computer vision image of obstacles on the runway while taxiing. (Source: Airbus)

Tony Lucas, an Airbus A330 captain and president of the Australian and International Pilots Association, seems to agree. The pilot was interviewed live on Sky News Australia about his thoughts on DragonFly: “I think what they’re trying to achieve is a situation where you can remove a pilot from the flight deck. [With] the way our flight decks are set up at the moment, it’s very difficult for me to see out of the right side of the airplane at all. That’s why I need a first officer sitting beside me,” he gave as an example.

Lucas is not convinced that any technology could replace well-trained pilots and sees anything that reduces pilots’ capacity for decision making as a retrograde step in aviation. “I think it’s a shortsighted thing to be trying because, at the end of the day, flying is a team sport. There’s a whole decision-making chain that relies on two [pilots] to make decisions efficiently and effectively.”

He seems especially skeptical about the claims that DragonFly could help in an emergency situation: “When things go wrong in an airplane, they tend to go wrong fairly quickly, and it frequently takes the combined efforts of two well-trained pilots to be able to respond to those situations,” said Lucas.

9,500 Canceled Flights and Other Fallout Caused by Bad Data

How to Address Scale and Performance Needs in IoT

The post Airbus is Teaching Planes to Land Themselves appeared first on Datanami. 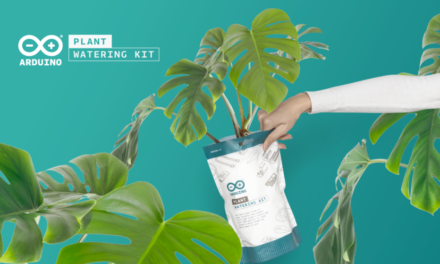