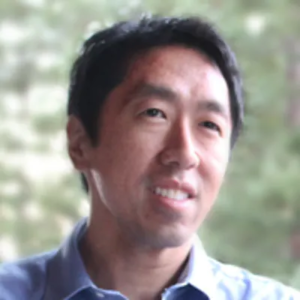 Landing AI, the computer vision startup founded by the computer scientist Andrew Ng to use AI to modernize business process in real-world companies, today announced that it has raised $57 million in a Series A round of funding led by McRock Capital.

Ng founded Landing AI four years ago with the idea to extend AI beyond the realm of IT into “legacy industries” like manufacturing, healthcare, and agriculture. Ng, who led AI development at Google and was the chief scientist at Baidu, stated that his goal was to free users from “repetitive, mental drudgery” associated with jobs today.

“It is through manufacturing that human creativity goes beyond pixels on a display to become physical objects,” Ng wrote in a blog post when he launched the company in 2017. “By bringing AI to manufacturing, we will deliver a digital transformation to the physical world.”

McRock Capital is now buying into Ng’s vision to unlock the potential of AI in the real world. “Landing AI will unleash the power of the Industrial IoT one company, one factory, and one manufacturing line at a time,” stated Scott MacDonald, a co-founder and the managing partner of McRock Capital, which is based in Toronto, Canada.

Andrew Ng is the founder and CEO of Landing AI

Landing AI has developed LandingLens, which the company bills as an MLOps platform designed to bring deep learning techniques to bare on business processes common in manufacturing, including visual inspection and finding product defects.

The offering has been adopted by American toolmaker Stanley Black& Decker, the Chinese manufacturer Foxconn, and Denso, a $45-billion Japanese automotive manufacturer

The offering automates several aspects of developing a deep learning product, including gathering and managing images of product defects, labeling the images, training a computer vision model to identify the defects, and finally deploying the trained model into production.

Ng, who also co-founded Coursera and teaches a free, online Stanford University class on machine learning that nearly 5 million people have enrolled in, advocates a “data-centric” approach to AI.

“You don’t always need big data to win with AI. You need good data that teaches the AI what you want it to learn,” Ng states in a press release. “AI built for 50 million data points doesn’t work when you only have 50 data points. By bringing machine learning to everyone regardless of the size of their data set, the next era of AI will have a real-world impact on all industries.”

George Mathew, the big data executive who is now the managing director at Insight Partners, sees says the digital modernization of manufacturing has the potential to reach $300 billion by 2023.

“The opportunity and need for Landing AI is only exploding,” Mathew says in the press release. “It will unlock the untapped segment of targeted machine vision projects addressing quality, efficiency and output. We’re looking forward to playing a role in the next phase of Landing AI’s exciting journey.”

Integrated Solutions for Medical and Fitness

Ericsson to acquire Vonage for US$6.2bn to create a global network and communication platform for open innovation