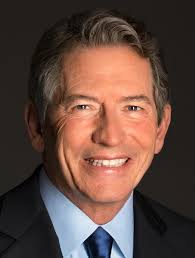 While the rest of the big data world was focused on using open source software like Spark and Hadoop to build giant clusters, Siebel was quietly assembling his own cloud-based application for collecting and analyzing huge amounts of data at scale.

Founded in 2009 as C3 IoT, the company successfully attracted several large public utilities to its platform. It eventually added a host of larger customers, including banks, healthcare companies, manufacturers, and oil and gas companies to its customer roll.

In fiscal year 2020, C3.ai reported $157 million in revenue, delivering year-over-year growth of 71%, according to its S-1 filed with the SEC today. Software subscriptions for the company’s two major offerings–C3 AI Suite, a general purpose development and runtime environment for enterprise AI apps, as well as C3 AI Applications, a collection of industry- and application-specific shrink-wrapped AI apps–accounted for nearly 90% of that revenue.

Running across all the major cloud, C3.ai says it generates 1.1 billion predictions per day on behalf of its customers. It says it has 4.8 million machine learning models in production, powered by data coming from 622 million sensors.

It’s unclear how many customers C3.ai has, but we know the customers are large. According to the S-1, the average deal size for the past five years were $1.2 million, $11.7 million, $10.8 million, $16.2 million, and $12.1 million, respectively. “We believe this is a high-water mark for the applications software industry,” the company states in its S-1.

Tom Siebel is the CEO and founder of C3.ai

The potential market for predictive analytics is $174 billion this year, and will grow to more than $270 billion by 2024, Siebel says. The plan calls for C3.ai to capture as much of that emerging market as Siebel Systems (and subsequently Oracle) did for the CRM market back in the early 2000s.

In the S-1 form, Siebel provided this assessment of the economic opportunity provided by recent technological breakthroughs in AI, cloud computing, and big data:

“Assessing the IT landscape at the beginning of the 21st century, it became apparent that a new set of technologies was destined to constitute another step function that would change everything about the information processing world, dramatically accelerating the growth of IT markets,” he wrote.

“This step function of technologies – substantially more impactful than anything we had seen before – included: elastic cloud computing, big data, the internet of things, and AI or predictive analytics. Today, at the confluence of these technology vectors we find the phenomenon of Enterprise AI and Digital Transformation, mandates that are rising to the top of every CEO’s agenda.

It is perhaps not surprising that one enterprise computing trend did not make that list: open source software development. In a 2017 Q&A with Datanami, Siebel did not hide his disdain for the big data trend of the day. He said:

“Some of them do useful things. HDFS is a perfectly good distributed file system. Spark is great for in-memory virtualization of data, and Mesos is great as a virtualization layer. These things are all kind of useful. But the idea of some IT organization cobbling all that stuff together into a system that works is patently absurd. It’s more absurd than if I were to buy 70 commercially viable companies. It’s impossible.” 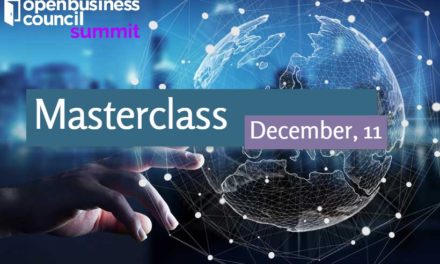 Openbusinesscouncil Summit To Offer A Masterclass On 4IR Tech Solutions and The Future Of Blockchain And Crypto On December 11, 2020