Consumers Excited by Arrival of 5G, Fearful of Driverless Cars and Artificial Intelligence 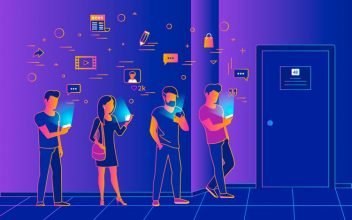 A new survey of 2,000 UK adults, commissioned by Studio Graphene, has uncovered the public’s perception towards different modern technologies. It found:

Biometrics, 5G and wearable tech top the list of modern technologies UK consumers are relatively excited about, found the research.

People were asked to state if they were excited, curious, sceptical or worried about the technology, or if they had never heard of it. Biometrics (32%), 5G (31%) and wearable technology (28%) received the higher proportions of people saying they are excited about these advances.

Conversely, driverless cars attracted the most concern from UK adults. Over two fifths (43%) of respondents are worried about the problems that may arise from driverless vehicles.

The next most worrisome technology was AI – 24% are fearful of this tech, with a further 22% sceptical of whether it will live up to the hype surrounding it.

Elsewhere, Studio Graphene’s research found 37% of people in the UK have never heard of IoT, while 35% are not familiar with the term big data. IoT refers to the interconnection of computing devices embedded in everyday objects, enabling them to send and receive data via the Internet.

Ritam Gandhi, director and founder of Studio Graphene, said: “New technologies tend to conjure both fear and excitement among consumers. On the one hand they promise to make our lives easier, cheaper or better; on the other, they could risk our safety, compromise personal data or threaten jobs.

“Today’s research shows that despite the hype, AI and driverless cars still trigger fear among UK adults. What’s more, these are hugely significant trends shaping the world around us – like IoT and big data – which consumers do not fully understand.

“It’s important, therefore, that the businesses creating and using these technologies help explain to consumers exactly what the terms mean and how they can improve their day-to-day lives. After all, technology ought to be a force for good, but its progress will be restricted if we do not address the confusion and concerns surrounding new digital advances.”

Studio Graphene plans, designs and builds blank canvas technology products. Working with many startups alongside innovation teams in more established companies, the agency plans, designs and builds tech products for its clients. What’s more, Ritam and the team also use their experience and expertise to help leaders grow their business from ideation, to launch and beyond.