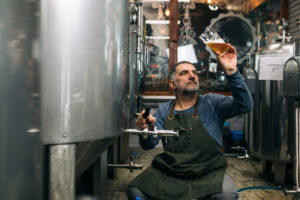 Summer is nearly over, but there’s still time to crack open a beer and enjoy a backyard barbecue. Some people enjoy building their own smokers, or fermenting their own beer as I do. To make sure your ribs cook to perfection and the beer is prepared at the right temperature, home brewers and chefs should consider using time series data technology.

I enjoy experimenting with various ways that time series technology can help track temperature. Analyzing data is a helpful way to spot anomalies that occur during the process. Deploying a time series data platform lets you send alerts on temperature changes to yourself via Slack, for example, where the cloud platform sends alerts when the system reaches certain thresholds. This allows wannabe-brewers to access a time series database without having to provision your infrastructure or manage clusters.

Brewing Beer for the Summer

Although I have not had much time for some of my favorite hobbies lately since getting my new puppy, I have gotten back into brewing my own beer. I’ve also discovered how time series data can be used as part of the process. I started using time series technology because as I was brewing, London experienced a heat wave, so I needed to monitor the temperature. By using time series data, I was able to gain an improvement in taste from brewing beer at the exact right temperature by using a time series database and a credit card-sized Raspberry Pi computer.

The beer-brewing process involves fermentation of sugar and yeast to make alcohol and carbon dioxide. Each step, whether it’s extracting sugars or holding the grain in water, involves monitoring at a certain temperature. That’s where time series technology comes in — specifically, I used it for the part of the process when malt turns sugar into alcohol.

Yeast operates at a certain temperature, and brewers need to maintain a temperature of 19 degrees Celsius (66 degrees Fahrenheit) for about a week. Set this temperature as your “tolerance” level. If you set the temperature tolerance too high, the cooler won’t kick in until the liquid gets too hot. That’s why you need monitoring. Without maintaining the correct temperature, beer won’t have the right smell. You don’t need to be a beer guru to pick that up.

My setup consisted of a webcam taking a picture of a digital display of the temperature. The images get fed to the Raspberry Pi device, followed by the time series database. I personally receive alerts on the brewing temperature in Slack — if the temperature reaches 21 degrees Celsius, I get a Slack message alerting me to change the ice. Another alert indicates when I’m not receiving data.

Setting up a dashboard lets you visualize temperature over time. You can spot anomalies in the data, such as a sudden spike up or down. I set it up to reject alerts below 18 degrees Celsius and above 21 degrees Celsius as anomalies. I get an alert in Slack to check the ice levels. When I fixed a lack of ice, the temperature dropped back to an acceptable level and I set up alerts for when readings go above 23 degrees Celsius.

If you’re looking to set up a system for beer brewing or barbecue cooking, you’ll want automated monitoring of events like temperature. Otherwise, you’ll have to manually check the fermenter and ice bucket often.

The use cases go well beyond beer brewing — you could use a setup to monitor the temperature of other things like wine, plants and mushrooms. You can also use time series data to track the “blub blub” sound of fermentation and a digital hydrometer reader, which is the instrument for measuring the density of a liquid and its strength.

Time-series data is also a valuable tool for monitoring the temperature of your barbecue smokers this summer. In a recent webinar, my colleagues Will Cooke and Scott Anderson discussed how time series data can help when you’re smoking your favorite meat on the barbecue. Their process involves commercial off-the-shelf hardware, time series monitoring sensors and the Zigbee open protocol. When organized correctly, you import your data and create dashboards, collating information you send it and then batching it out.

MQTT is the default mechanism for moving home automation sensor IoT data around a network. Cooke reads temperature sensor data from a Python script on the Raspberry Pi, and sensors monitor the temperature on the inside of a smoker. When the temperature stalls and the meat doesn’t get to the temperature it needs to get cooked, you can notice the drop-off in heat by looking at a graph in the time series database.

Cooke says, ”I’d like to add some better alerting in there so that, for example, when you can detect that you are in a stall and the temperature hasn’t increased by a certain amount over a period of time — I could get it to send me an instant push message to my phone and tell me that the time has come to go and wrap foil. I could do that using the tasks and alerting system built into the time series database.”

Meanwhile, Anderson’s setup was simpler but less affordable than Cooke’s. He used a FireBoard cloud-connected wireless meat thermometer, which collects sensor data from probes you have connected to it. The FireBoard 2 has six inputs and controls the fan speed and ambient temperature of the sensor.

“I use a plugin-driven server agent to collect the data that the FireBoard sends to its cloud servers,” Anderson said. “It’s a really simple data flow and an incredibly simple setup. All you need is a config that, when you create your FireBoard account, your thermostat is actually registered with that account, and any data it collects is automatically sent to that account.”

Like Cooke, Anderson also encountered a challenge in fixing stalls in temperature. “I want to be notified when the meat starts to stall so I can get up and wrap it,” Anderson said. For him, a stall consists of 0.02 degrees every five minutes. “That’s really slow,” he said. “Anything other than that, it’s cooking.”

If there’s a stall, you can generate a message about the status of a probe and pipe the data into the time series database. When the status of the barbecue changes from “OK” to “Warn,” the system sends a notification in Slack. Anderson then gets woken up to check the temperature of the smoker. The time series data also is helpful for comparative analysis. You can align start times and overlay them to compare.

Moving forward, Anderson would like to add forecasting capabilities for his smoker so he can estimate remaining cook time. He would also like enhanced visualizations using color schemes and more notifications. These additional notifications would alert him when the cooking is done.

In the end, time-series data has been a valuable tool for my colleagues and I to augment our summertime activities. All it takes is a bit of technical know-how and a vivid imagination to find fun and practical uses for time-series data.

About the author: Luke Bond is an engineer at InfluxData. 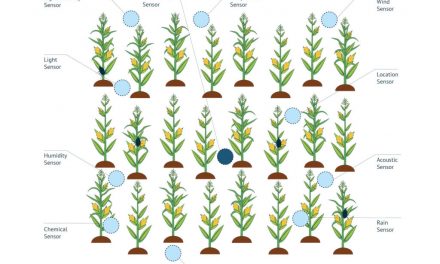 Sustainable transformation of agriculture with the Internet of Things