The History of Data Science: From Cave Paintings to Big Data 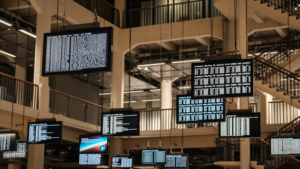 It is in the nature of human beings to want to make sense of the world around them. This has led to humans trying to organize things and think in a data-centric way from as early as prehistoric times.

Data science is the process of extracting knowledge from data. It involves the application of various techniques to clean, transform, and analyze data in order to extract useful information.

Data science can be used to solve various business problems, such as customer segmentation, target marketing, and fraud detection.

Data science is a relatively new field, and it is constantly evolving. As such, there is no one “right” way to do things. Rather, it is important to experiment and find the approach that works best for the problem at hand.

Utilizing the data as the single source of truth, eliminating the blockage  of information from different departments, and creating an environment where everyone can access data easily are some of the main objectives of data science.

In fact, data science can be traced back to the very first examples of humans recording information.

One of the earliest examples of data science comes from cave paintings. These early records allowed humans to track the movements of animals and understand patterns in the environment.

Some people think that cave paintings are a form of early big data. They believe that the paintings were created in an attempt to record and store large amounts of information.

This theory is based on the fact that many of the cave paintings contain large amounts of complex information, such as maps and astronomical charts. It is possible that the creators of these paintings were trying to record and store this information so that it could be accessed and used by future generations.

It is likely that the creators of these paintings did not intend for them to be seen or used by anyone other than themselves.

We’ll take the first instance as possibly true because those paintings resulted, over time, in today’s world big data  revolution.

As humans began to form civilizations, data science became more sophisticated. The first census was taken in ancient Egypt, and information was used to track trade routes and tax citizens.

In the Middle Ages, data science was used to track the spread of diseases and understand how they could be prevented. By analyzing data on where outbreaks occurred, scientists were able to develop theories about how diseases spread. This was a major breakthrough in public health.

How does this belong to data science? Well, think about it: data science is all about understanding and extracting meaning from data.

The first real breakthrough in data science came with the invention of the printing press.

This allowed for mass production of books, which meant that more people had access to information. With more people able to read and write, data began to be collected on a much larger scale.

With the advent of the industrial revolution, data science became even more important. Factories began collecting data on production rates, quality control, and other factors. This data was used to improve efficiency and optimize production.

Despite its relatively new status as a buzzword, big data actually has a long history even as such. Below are some key milestones in the evolution of big data in modern times:

1950s: Data storage and retrieval becomes possible with the development of magnetic tape. This allows for the creation of large data sets that can be stored for later analysis.

1970s: The first relational databases are created, furthering the ability to store and analyze data.

1980s: The first statistical software packages are released, which started their development in the 60s, now giving users the ability to perform complex analyses on large data sets.

1990s: The World Wide Web is created, providing a new way to collect and store data. Web servers generate huge amounts of log data that can be used to track user behavior and trends.

2000s: The rise of social media leads to the creation of even more data. Platforms like Facebook and Twitter generate massive amounts of user-generated content that can be used for marketing, research, and other purposes.

2010s: Big data becomes a big business. A new generation of startups is created to help organizations make sense of their big data. Investors pour billions of dollars into the big data industry.

The term “big data” has been used in many different ways over the years. In the early 2000s, it was used to describe extremely large data sets that were difficult to process using traditional computing techniques. It generally refers to datasets that are too large or complex for traditional data processing methods.

This led to the development of new technologies, such as Hadoop and NoSQL databases, which are designed specifically for big data processing.

In recent years, the definition of big data has expanded to include not just volume, but also velocity (the speed at which data is generated) and variety (the different types of data that are being collected). As organizations increasingly rely on digital data to make decisions, the need to effectively manage and analyze big data has become more critical than ever.

Today, big data is more important than ever before. Organizations that can effectively harness the power of big data will have a major competitive advantage in the years to come.

With the advent of social media and the rise of the Internet of Things, businesses and organizations are collecting more data than ever before. Big data can help businesses to understand their customers better, make better decisions, and improve their operations.

There is no doubt that big data will continue to grow in importance in the coming years.

As more and more businesses generate and collect data, the need for effective ways to store, manage, and analyze this information will only become greater. Big data analytics tools will play a key role in helping organizations make sense of their data and glean valuable insights from it.

While the future of big data is certainly bright, there are also some challenges that need to be addressed. One of the biggest challenges is ensuring that data is quality and accurate. With so much data being generated, it can be difficult to keep track of everything and ensure that it is all accurate.

Another challenge is security. As more businesses store sensitive data in big data systems, there is an increased risk of this data being hacked or leaked.

Despite these challenges, the future of big data looks very promising. With the right tools and strategies in place, organizations will be able to harness the power of big data to drive their business forward.

About the author: Charlie Waters has been in the online content world for over 15 years as a freelance writer, translator and transcriptionist, covering different topics – finance, energy and also sustainability – a great and long-awaited field. What is he doing when not writing? Charlie learned how to enjoy long walks, play chess, and finally – how to sleep at night!

A Decade of Datanami

From Spiders to Elephants: The History of Hadoop

Big Data A to Z

The post The History of Data Science: From Cave Paintings to Big Data appeared first on Datanami. 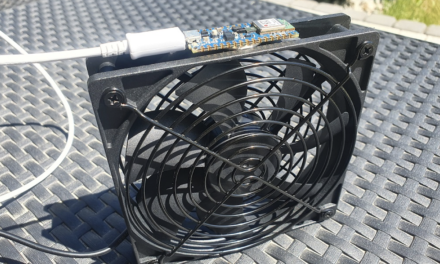