What Are Neural Networks?

A key element in artificial intelligence, artificial neural networks (ANNs) operate in a manner similar to the human brain. They mimic the way actual biological neurons function in order to find answers for complex computing questions and challenges. The method, which can include millions of artificial neurons, falls under the umbrella of machine learning. It produces mathematical algorithms that are widely used to recognize patterns and solve complex problems in science and business.

ANNs, which are also referred to as simulated neural networks (SNNs), use circuits to signal each other. Typically, a neural network relies on nodes that are comprised of an input layer, one or multiple hidden layers, and an output layer. Individual nodes are assigned a weight and threshold. When a threshold is activated, data flows through it and connects to other nodes or layers. If data doesn’t trigger a response, the system typically ignores it.

A neural network uses training data to recognize complex and often hidden patterns and develop algorithms. Over time and with more data, its accuracy improves. As a result, this machine learning technique produces computer algorithms that are valuable for an array of tasks, such as speech recognition, language translation, image recognition, robotics behavior and many other areas of artificial intelligence (AI).

Also see: What is Artificial Intelligence

How and Why are Neural Networks Used?

The growing volume of data generated by computers contains answers for numerous questions and problems. Some industry sources report that upwards of 2.5 quintillion bytes of data are generated daily, and more than 100 zettabytes of data exist globally. This includes structured and unstructured data from databases, sales management systems, sensors, financial systems, blogs, social media, audio and video, text and logs, and spreadsheet files, among others.

As a result, deep learning systems based on neural nets are widely used by governments, businesses, researchers and others to mine this data. Consulting firm Gartner reports that more than 80% of data scientists now use ANNs, and natural language generation fueled by deep learning is now part of 90% of modern BI and analytics platforms. Common areas for use include life sciences, manufacturing, banking, retail and in the public sector.

Another common use case is smart city initiatives. For instance, neural nets might ingest image data from wireless cameras and the machine learning system subsequently learns how to adapt traffic signals and other systems to optimize traffic flow in real-time. This approach is far less expensive than installing sensors and in pavement. These systems—often incorporating connected Internet of Things (IoT) sensors and devices—can also improve the performance of energy systems and provide other advanced automation, as well as enhance security features.

The origins of artificial neural networks dates back to 1943. At that time, Warren McCulloch and Walter Pitts, who both worked in the field of neuroscience and computing, introduced a computational model that used algorithms called threshold logic. The model relies on a logical gate or a basic building block, in this case an artificial neuron, to build a larger computational framework.

Over the 1940s and 1950s, researchers continued to explore artificial neural network models. In 1958, Frank Rosenblatt placed a perceptron, an algorithm for supervised learning, in an actual computing device. By the 1960s, the first functional models with multiple layers began to emerge, and in 1975, researcher Kunihiko Fukushima developed the first multilayered neural network. In the 1980s modern machine learning capabilities began to emerge. Far more powerful computing power and advanced in the field over the following three decades have resulted in far more powerful capabilities.

One of the key developments in the field was the introduction of graphical processing units (GPUs) in 2010. These systems deliver significant speed and performance advantages, including the ability to reduce errors through greater fine tuning across layers of a model. In fact, GPUs introduce features and capabilities that otherwise aren’t possible in deep learning. Today’s neural nets use several techniques and models to tackle increasingly complex tasks that in some cases exceed human capabilities.

How Do Neural Nets Work?

The basis of a neural net is an artificial neuron. Neurons are placed into three different types of layers:

One way to think about neural networks is that each individual node operates its own linear regression model, which includes input data, weights, a bias (or threshold), and an output, according to IBM. Once the system identifies an input layer, it assigns weights that determine the value of any given variable. These inputs are built into a mathematical model. When an output meets the desired critical threshold, it activates the node, relaying the data to the next node in the network. This process continues until an algorithm exists.

In some cases, data flows through an artificial neural network in one direction, from the input phase to the output phase. However, it’s possible to use other techniques, such as backpropagation, to study data from output back to input.

This approach makes it possible to improve error detection and reduce biased or inaccurate results. Using this technique, it’s possible to change weightings and adapt and adjust a deep learning model as needed.

While neural nets loosely reflect the way the human brain works, they have become more specialized over time. Today, four primary types of artificial neural nets exist. Each has advantages and disadvantages based on the intended purpose and real-world use case. These include:

How Do Data Scientists Use Neural Nets for Training?

As the name implies, a human oversees this type of machine learning system. The operator labels datasets to help train the algorithm so that it can classify data and predict outcomes accurately.

For example, a human might label photos of different types of cats—lions, tigers, jaguars, leopards, mountain lions, bobcats, ocelots and housecats—so a system can learn to differentiate them. Casual users may handle this task unknowingly when they tag email as spam, for instance. Supervised learning often plays a role in object recognition, predictive analytics and sentiment analysis.

These systems learn from data that hasn’t been classified or tagged by a human. Simply put, the system finds the patterns and builds an algorithmic model on its own—hence the name “unsupervised learning.”

In some cases, data scientists also use semi-supervised learning, which combines the two approaches, and reinforcement learning, which builds results using a computer program that receives positive and negative “rewards” as it pursues a model.

How Are Artificial Neural Nets Impacting the Enterprise?

This type of predictive analytics is often used for tasks such as delivering more targeted content to customers, understanding credit limits and approvals, building chatbots and other natural language tools, and delivering recommendations for eCommerce, social media and streaming media.

But predictive analytics is also making its presence felt in many other sectors. For instance, in healthcare, AI-enhanced software guides doctors and other practitioners to relevant outcomes by suggesting drugs and treatments. In manufacturing, machine vision helps manufacturers detect errors and imperfections that would escape the human eye. In fleet management and logistics, software determines routing and how to optimize equipment and fuel—adapting in real-time to weather or traffic. In cybersecurity, neural nets are increasingly used to detect malware and other suspicious behavior on a network.

These systems are also filtering into everyday use in software development and business. In many cases, enterprise applications include no-code or low-code drag and drop interfaces that let users assemble AI and ML tasks. AI-generated software systems such as OpenAI Codex, IBM’s Project Wisdom, Amazon’s CodeWhisperer and GitHub’s Copilot are also moving into the mainstream. They are trained on huge datasets, and they are able to generate code from natural language input.

What Ethical and Legal Concerns Exist?

One problem with neural networks is that the information they provide is only as good as what’s fed into the system. In addition to the possibility of winding up with a poorly performing system, researchers have found numerous cases of implicit bias, which can result in gender or racial discrimination.

What is the Future of Artificial Neural Networks?

The post What Are Neural Networks? appeared first on eWEEK. 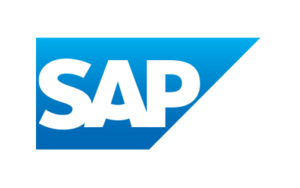